Dean of the The College, Martin A. Ryerson Distinguished Service Professor 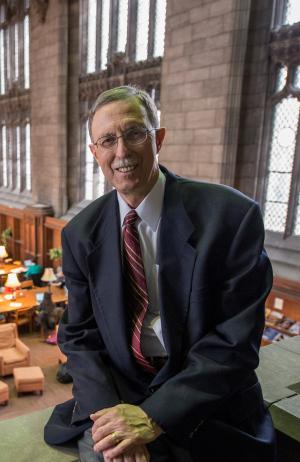 During his tenure as Dean of the College, Boyer has broadened the College curriculum to include many new Core courses and new programs of advanced study, as well as strengthening the College's admissions program and establishing the Society of Fellows in the Liberal Arts.  Boyer was also deeply involved in the founding of the University of Chicago Center in Paris.  He has worked to create many new opportunities for College students involving foreign study, internships, and foreign language instruction; to broaden student research opportunities; to enhance the relationship of the College to the professional schools; to build three major on-campus facilities for residential life and to enhance faculty leadership of the College’s residential system; to strengthen programmatic and financial resources for student life; and to provide strong career advising programs for College students.

Boyer has served as an Editor of the Journal of Modern History since 1980.  A specialist in the history of the Habsburg Empire and of Central Europe in the nineteenth and twentieth centuries, Boyer received his Ph.D. from the University of Chicago in 1975 and joined the faculty in the same year.  Boyer has written three books on Central European history, including Political Radicalism in Late Imperial Vienna: Origins of the Christian Social Movement, 1848-1897  (for which he was awarded the John Gilmary Shea Prize); and Culture and Political Crisis in Vienna: Christian Socialism in Power, 1897-1918  (for which he was awarded the Ludwig Jedlicka Prize), both of which were published by the University of Chicago Press. His third book was Karl Lueger (1844-1910): Christlichsoziale Politik als Beruf, published by the Böhlau Verlag in Vienna in 2010. Boyer was also co-general editor of the nine-volume University of Chicago Readings in Western Civilization.

Boyer recently published The University of Chicago:  A History with the University of Chicago Press in October 2015, which seeks to elucidate major themes in the institutional, curricular, and financial evolution of the University since its founding in 1890.  His major work in progress is the Austria, 1867-1983  volume for the Oxford History of Modern Europe Series, which will provide a comprehensive interpretation of the political systems of Imperial and Republican Austria, set in the broader context of Central European history.

In 2004 Boyer was awarded the Cross of Honor for Science and Art, First Class, by the Republic of Austria. He received the 2006 Austrian State Prize for Modern History. He is a Corresponding Member of the Austrian Academy of Sciences, and he was awarded an honorary doctorate from the University of Vienna in 2015, in recognition of his scholarly work on the Habsburg Empire.

Boyer regularly teaches the history of European Civilization in the College, and courses on religion and politics in modern European history and on the history of the Habsburg Empire and modern Germany.