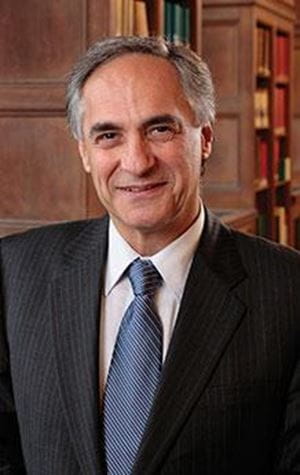 Zimmer was named the Edwin A. and Betty L. Bergman Distinguished Service Professor in the Department of Mathematics and the College in July 2021. He is the author of four books, Ergodic Theory and Semisimple Groups (1984), Essential Results of Functional Analysis (1990), Ergodic Theory, Groups, and Geometry (2008), and Group Actions in Ergodic Theory, Geometry, and Topology: Selected Papers (2019); and more than 80 mathematical research articles. He served on the Board of Mathematical Sciences of the National Research Council from 1992 to 1995 and was on the executive committee from 1993 to 1995. Zimmer held the title of Max Mason Distinguished Service Professor of Mathematics at Chicago before leaving for Brown, where he was the Ford Foundation Professor of Mathematics in addition to being Provost.

Zimmer has honorary degrees from Tsinghua University, Colby College, and Brandeis University. In 2017 he was given the Philip Merrill Award for Outstanding Contributions to Liberal Arts Education by the American Council of Trustees and Alumni (ACTA). He is a frequent commentator on free expression and academic freedom.