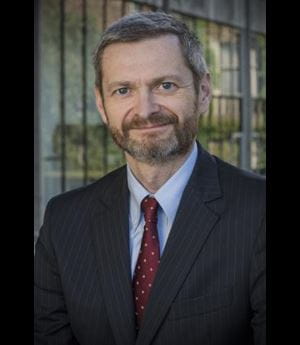 Thomas J. Miles is Dean and Clifton R. Musser Professor of Law at the University of Chicago Law School.

Miles is a leading scholar of criminal justice and judicial behavior and an expert in a wide range of contemporary issues such as race and immigration enforcement. He has been widely published in economics and legal journals, with extensive expertise on such varied topics as judicial diversity, immigration, mail fraud, and wiretapping. His work makes creative use of the tools of law and economics — an approach that originated at the Law School, which maintains leadership in the field through such initiatives as the Coase-Sandor Institute for Law and Economics. Frequently, Miles’s work uses the methods of law and economics to investigate social questions not conventionally thought to fall within that field, such as his recent work with Adam Cox at New York University School of Law that examined how African-American judges tended to decide voting rights cases differently than white judges and that the presence of an African-American judge on a judicial panel also tended to influence how white judges decided the case. Their research was the first to find robust statistical evidence that the racial identity of judges matters in how judicial panels decide cases, and highlighted the importance of diversity on the bench.

Miles has taught a wide variety of courses at the Law School including securities regulation, federal criminal law, economic analysis of law, and empirical law & economics, as well as first-year criminal law and tort law. In 2009, he received the Graduating Students Award for Teaching Excellence.

Before joining the faculty, Miles was the Olin Fellow in Law and Economics at the Law School. He has served in several leadership roles during his time on the faculty, including chairing the appointments committee and the accreditation review committee.