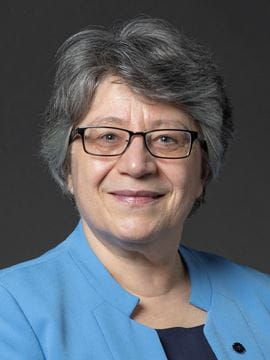 Merminga has held major scientific leadership roles at SLAC National Accelerator Laboratory in California; TRIUMF in Vancouver, Canada; and the Thomas Jefferson National Accelerator Facility in Virginia. Merminga earned a bachelor's degree in physics from the University of Athens, in Greece, master's degrees in physics and mathematics and a Ph.D. in physics from the University of Michigan, in Ann Arbor. She is a Fermilab Distinguished Scientist, a fellow of the American Physical Society, and a graduate of the Department of Energy's Oppenheimer Energy Science Leadership Program. She has served on numerous international scientific committees and was one of the authors of the 2014 Particle Physics Project Prioritization Project (P5) plan.