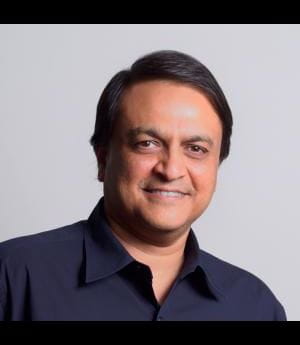 Patel grew up in El Paso, Texas, and received an A.B. in Biology from Princeton University and a Ph.D. in Biology from Stanford University. Prior to joining UC Berkeley in 2003, he was a professor of Organismal Biology and Anatomy at the University of Chicago (1995 to 2003), a Howard Hughes Medical Institute Investigator (1995 to 2010), and a Staff Associate in the Department of Embryology at the Carnegie Institution in Baltimore, Md. (1991 to 1995).

A longtime member of the MBL community, Patel has taught in the MBL Embryology course since 2001 and served as course co-director from 2007 to 2011. He is a leading scholar in modern evolutionary and developmental biology with specific focus on the evolution of body patterning and segmentation, regeneration of the germline, and structural coloration. His scientific expertise encompasses the development of novel, genetic model organisms for biological study, which can reveal much about human biology; and the application of advanced imaging technologies to probe the fundamental dynamics of living systems.

Patel is an elected fellow of the American Association for the Advancement of Science and has been awarded numerous honors, including the Schubert Endowed Chair and the William V. Power Endowed Chair at UC Berkeley, the McKnight Scholars Neuroscience Fellowship Award, and an NSF Predoctoral Fellowship. Other past appointments include faculty curator at the Essig Museum of Entomology, UC Berkeley; and adjunct professor at the National Institute of Genetics in Shizuoka, Japan.

The author of more than 130 scientific publications, Patel was an editor of the journal Development (2009-2018) and serves on the editorial board of several other journals in the biological sciences. He has served on numerous advisory boards, including board of directors of the Society for Developmental Biology.