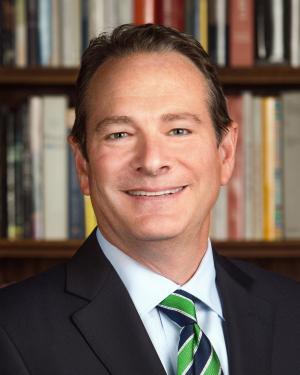 Before joining the University, Rand was Chairman at Critical Mass/Zócalo (a division of Omnicom Group).  He founded and led two successful agencies: Corporate Technology Communications, one of the nation’s largest independent public relations firms, and Zócalo Group, a full-service digital and social media agency. Based in Chicago, Zócalo Group has received numerous industry awards for its work in digital communications, public relations, social media, and reputation building. Rand’s previous roles include serving as chief digital officer and chief growth and innovation officer at Ketchum, a global public relations firm, and as an executive vice president at Golin. He started his career at Burson-Marsteller in Chicago.

Rand holds a bachelor’s degree in communications from the University of North Carolina at Greensboro and a master’s degree in business administration and public policy from DePaul University. He is the author of Highly Recommended: Harnessing the Power of Word of Mouth and Social Media to Build Your Brand and Your Business (McGraw Hill, 2013/14).