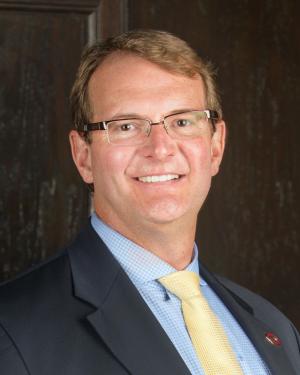 James G. Nondorf became the Vice President for Enrollment and Student Advancement and Dean of College Admissions and Financial Aid on July 1, 2009. He is responsible for undergraduate admissions, financial aid, and the Career Advancement office.

Nondorf came to the University from Rensselaer Polytechnic Institute, where he held the position of Vice President for Enrollment and Dean of Admissions and Financial Aid.

Prior to serving at Rensselaer Polytechnic Institute, Nondorf was the Director of Student Outreach and Associate Director of Admissions at Yale University, where he oversaw the development and implementation of recruitment and yield activities. He is credited with streamlining the admissions process, developing specialized recruitment programs, and achieving significant increases in both applicant pool and yield rates while drawing from an increasingly diverse demographic group. He also served as a fellow at Yale's Berkeley College, where he was responsible for advising undergraduate students, as well as assisting in planning residential events and functions.

He began his career with the Cambridge Technology Group (CTG), where he held progressively responsible positions eventually leading to his role as president. Prior to his tenure at Yale, he was involved in the start-up of the Terrace Community School, a charter school in Tampa, Florida, where he served as founding teacher, musical director, and coach.