History of the Office

On September 18, 1890, William Rainey Harper was elected by the Board of Trustees as the first President of the University of Chicago. President Harper assumed office on July 1, 1891, beginning the succession of fourteen chief executives who have led the University for more than a century.

The progression of Presidents has been varied only once during the University’s history, from 1945 to 1961, when the Board of Trustees designated the head of the University of Chicago as the Chancellor. From 1945 to 1951, Ernest C. Colwell served as President, acting as chief operating officer under Chancellor Robert M. Hutchins. From 1951 to 1961, during the administration of Chancellor Lawrence A. Kimpton, the title of President was not used. In 1961, at the decision of the Board of Trustees, George Wells Beadle, who had been elected as Chancellor, resumed the title of President, and the chief executive of the University of Chicago has since been designated as the President. 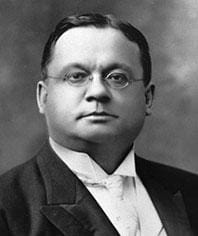 William Rainey Harper grew up in New Concord, Ohio, in a Scottish Covenanter family and community that valued education. He learned to read when he was three, entered college at ten, received a BA degree at fourteen and a PhD at eighteen. He also loved music, played the piano with the college president's daughter, and led the New Concord Silver Cornet Band. 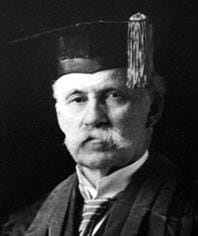 Harry Pratt Judson was one of many educators tapped by William Rainey Harper to begin the work of the University of Chicago. A school principal in Troy, New York for fifteen years, and professor of history and pedagogy at the University of Minnesota for seven, Judson had the breadth of experience Harper wanted. Judson was attracted by Harper's academic plans, but after visiting the "wilderness" in Hyde Park which was to be the University campus, he wasn't quite sure he shared the vision. "There was much in the air, but not much in the ground," he recalled later. 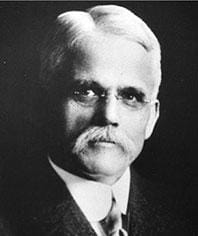 Ernest DeWitt Burton was born six months before William Rainey Harper, and their careers paralleled each other in several ways. They met while Harper was teaching Old Testament Hebrew at Yale and Burton was teaching New Testament Greek nearby at the Baptist seminary in Newton Center, Massachusetts. Sharing respect for both conservative values and the new techniques of "higher criticism" in Biblical scholarship, it seemed natural that Burton should join Harper's faculty when the University of Chicago opened. 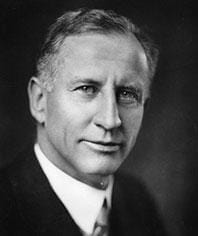 When Ernest Burton died in 1925, the trustees recognized that he was the last member of the original generation of faculty members who could serve as chief executive. Looking for a new president outside the University for the first time, the trustees sought someone young and energetic, having solid credentials and commitment to research, but with strong sympathies for students and able to make effective public appearances. 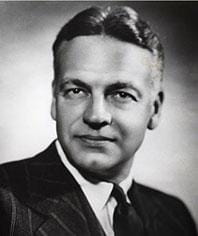 William Rainey Harper brought the University of Chicago into being, giving it form and life and mission. But it is the legacy of Robert Maynard Hutchins which is still avidly discussed and debated. Although Hutchins brought his own ideas and innovations with him, he came to embody the spirit of the University in a way no one else has since Harper. Hutchins was immediately compared with Harper — young, energetic, brilliant, charismatic. Unlike Harper, though, he was an iconoclast who ridiculed empty rhetoric, shabby reasoning, and institutions which did not fulfill their promise. He could say, with a straight face: 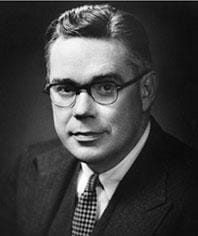 Standing six feet two-and-a-half inches tall, barely 40 years old, Lawrence Kimpton seemed the natural successor to Robert Hutchins, who had passed 50 by the time he resigned. With his PhD in philosophy and teaching experience at an elite junior college, Kimpton seemed likely to carry on the Hutchins traditions with little change, even if his philosophy drew more from Kant than from Aristotle. Kimpton grew up in Kansas City and attended college at Stanford. After completing his doctorate at Cornell in 1935, he took a job teaching English, German, and philosophy at Deep Springs College in California. Deep Springs was an experimental school with about 20 students and the same number of teachers situated on an isolated 250-square-mile ranch with 1,000 head of cattle. Students studied in tutorials and small discussion groups and worked half of each day on the ranch. Kimpton became dean and director of the college, which involved rounding up steers and catching rustlers as well as more routine educational duties. 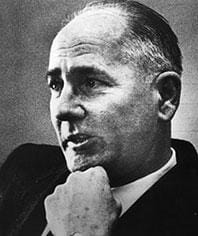 Growth and turbulence marked the Beadle years, which were period of intense change for universities across the country. While strident calls were being made for universities to become centers for social and political action, the University of Chicago held steady to its traditional values of research and intellectual excellence, insisting that its role was to advance knowledge. 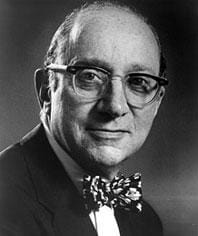 Edward Hirsch Levi was a singular product of the University of Chicago. Educated at the University beginning with kindergarten, Levi attended the Laboratory Schools, the College, and the Law School. His family ties to the University extended back to its opening in 1892, when his grandfather Rabbi Emil G. Hirsch was appointed to the faculty of the Divinity School in the field of rabbinical literature and philosophy. His wife, Kate Sulzberger, had also grown up in Hyde Park and attended the Lab Schools, and her father was a University trustee. 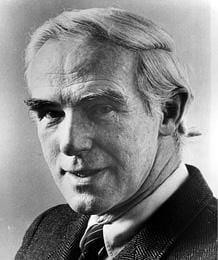 John Todd Wilson was born March 7, 1914, in Punxsutawney, Pennsylvania. He was educated at George Washington University and the State University of Iowa, where he studied psychology, philosophy, and education. During World War II while in the U.S. Naval Reserve, he helped administer a selection and training program for radar operators and Combat Information Center officers. Following the war he obtained a PhD degree in psychology at Stanford, continuing his earlier studies of human learning patterns. 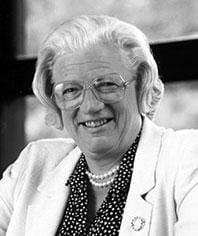 Hanna Holborn Gray was practically destined to an academic career. She is the daughter of a prominent professor of European history, Hajo Holborn, who after seeking exile from Nazi Germany taught at Yale for 35 years. Her mother, Annemarie Bettmann, who held a PhD in classical philology, was no less important in supporting her academic aspirations. She arrived with her family in New Haven at the age of four, and attended the Foote School with other Yale faculty children, as well as English children who had been sent from Oxford because of the war. She entered Bryn Mawr College at 15, and upon graduation travelled to Oxford as a Fulbright scholar. After receiving her PhD degree from Harvard in 1957, she taught there for several more years, being promoted to assistant professor in 1959. 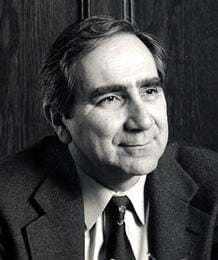 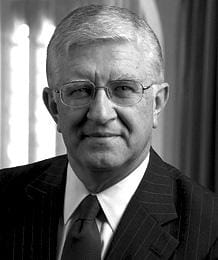 Don Michael Randel began his tenure as the President of the University of Chicago on July 1, 2000. After leaving his post on July 1, 2006, he assumed the presidency of the Andrew W. Mellon Foundation.

Robert J. Zimmer served as the 13th President of the University of Chicago from July 1, 2006 to August 31, 2021 before transitioning to the roles of Chancellor, President Emeritus, and University Trustee. Zimmer was named the Edwin A. and Betty L. Bergman Distinguished Service Professor in the Department of Mathematics and the College in July 2021.